Domenic Beneventi is an associate Professor of English Studies and Comparative Canadian Literature at the Université de Sherbrooke and past Director of the VersUS Research Centre at the same institution (2016-2019), which brings together six Université de Sherbrooke professors from the Département des arts, langues et littératures. For several years, he has been working on the representation of marginalized bodies (in terms of social class, ethnicity/race, and gender/sexuality) in Quebec and Canadian literature. He has organized numerous national and international colloquiums and sessions on Canadian and Quebec literatures, showing real leadership in new research perspectives on space and corporality. He has organized or co-organized a series of colloquiums: on the representation of the Canadian city in the United States: Writing Canadian Cities (2012); Urban Identities (2014), and on queer studies in Canada and Quebec: Feeling Queer/Queer Feeling (2017); (Non)-Futurité queer (2016); Queer Frontiers (2014); Queer Translation/Traductions queer (2015). With Jorge Calderón, he co-edited a special issue of Canadian Literature with the theme “Queer Frontiers” and is co-editing with Nicole Côté a collective book on queer translation. He was the recipient of a SSHRC postdoctoral fellowship for his research project on homelessness in Canadian and Quebec literatures (2006-2008), the first research of its kind in Canadian criticism. He is co-editor of two collective monographs on representations of spatiality, gender and social class: Contested Spaces: Counter-Narratives and Culture From Below (UToronto Press, 2017) and La lutte pour l’espace (PUL, 2017). He has been a researcher at CELAT, a collaborator with the Interuniversity Research Team on Quebec English-language Literature (ÉRILAQ), and a member of the Research Network on Quebec’s English-speaking Communities (RRCQEA). He has published several articles on the representation of the body in Canadian and Quebec literatures in Germany, Italy, the United States, Brazil, and the U.K. In the summer of 2017, he was Visiting Professor of Canadian Studies at the Christian-Albrechts-Universität zu Kiel in Germany. 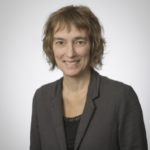 Isabelle Boisclair is a professor in literary and cultural studies at the Université de Sherbrooke. She has been working on representations of gender identity and sexuality in literary texts (including song lyrics) for several years. She has organized several colloquia and directed or co-directed several critial monographs: Lectures du genre (2002) is the first collection integrating questions of gender in the study of literature in Quebec; Nouvelles masculinités? L’identité masculine et ses mises en question dans la littérature québécoise (2008) is the first to focus on representations of masculinity in Quebec literature; Femmes désirantes. Arts, littérature, représentations (2013) innovates by attempting to think differently about the figure of the feminine in relation to sexuality and by bringing together literary and art historians. Isabelle Boisclair has published numerous articles on subjects specific to the three axes, such as the figure of the prostitute, intersex characters, sexual scripts, and sexual imaginaries. She was director of the Centre Anne-Hébert at the Université de Sherbrooke from 2010 to 2013, after serving as interim director from 2005 to 2006, as well as being on the executive committee from 2003 to 2013. She also heads  the “Literary, artistic and media representations of sexuality” project, supported by RéQEF. She has been a member of the international committee of the journal Nouvelles Questions Féministes since 2007.

Nicole Côté is a professor of comparative literary studies and translation at the Université de Sherbrooke. She has worked on gender/sex in relation to hegemony-minority relations from an intersectional perspective, whether in comparative studies of Quebec-Canada, Quebec or La Francophonie. It is from this same perspective that she is interested in issues of cultural translation and dystopias. She has written numerous chapters and articles on Quebec and Franco-Canadian authors, and co-directed several collectives (Legacies of Jean-Luc Godard, 2014; Expressions culturelles des francophonies, 2008; Varieties of Exile. New Essays on Mavis Gallant, 2002), directed two collections of Canadian short stories that she also translated (Vers le rivage, 2002; Nouvelles du Canada anglais, 1998) and translated Canadian authors, including Dionne Brand (Ossuaires, 2015; Les Désirs de la ville, 2012). She is co-editing a book in preparation on queer translation with Domenico Beneventi. She is a member of the committee of the journals @nalyses and Revue d’études canadiennes/ Journal of Canadian Studies. She was awarded the Jean-Cléo Godin Prize in 2012. 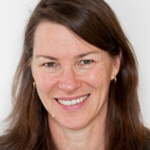 Lianne Moyes is a Professor in the Department of World Literatures and Languages at the Université de Montréal. Her research focuses on the Anglo-Quebec, Montreal Jewish, Italian-Quebec, and Aboriginal literatures that inhabit the margins, and highlights the tensions in these areas of Canadian and Quebec literature. Exploring alternative interpretations of citizenship, homelessness, gendered subjectivity, and urban public space, her body of work includes works by Stephanie Bolster, Antonio D’Alfonso, Mary di Michele, Rawi Hage, Natasha Kanapé Fontaine, A.M. Klein, Robert Majzels, Erin Moure, and Gail Scott. Moyes’ research on sexuality and gendered subjectivity in Canadian and Quebec literatures has led to articles on the feminist Unheimliche in the work of Daphne Marlatt, on subjectivity and sexuality in the work of Nicole Brossard, on corporal citizenship in the work of Erin Moure, and on the figure of the clown in Gail Scott’s My Paris. Between 1993 and 2003, Moyes was co-editor of Tessera, a bilingual journal that publishes feminist theoretical texts. She was guest editor for the following special issues: Women and the City, Feminist Interventions in the Baroque, and The Senses. A regular member of the CRILCQ (Centre de recherche interuniversitaire sur la littérature et la culture québécoise), Lianne Moyes is an important researcher in Anglo-Quebec literature and in 2009 she obtained a FRQSC grant for an emerging team in this field. Moyes is editor of  Gail Scott: Essays on Her Works, Adjacencies: Minority Writing in Canada, co-edited with Domenic Beneventi, and co-edited two special issues of journals: one on Gail Scott (Open Letter) and the other on Anglo-Quebec literature (JCS/RÉC). 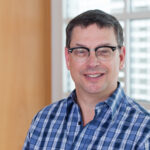 Robert S. Schwartzwald is a Professor in the Department of World Literatures and Languages at the Université de Montréal. In his research, he is interested in the discursive inscription of sexuality, especially non-normative sexualities, in the interfaces between notions of literary and cultural modernity on the one hand and national modernity on the other. While his main field of research is Quebec, his publications also focus on interwar France and Germany, as well as on various “small nations” where the demand for autonomy or independence is articulated as a vector of modernity. The discursive inscription of the queer body – in effect its “conscription” – to reinforce the tropes of authenticity and normality inherent in liberal and decolonizing nationalist discourses (albeit in distinct ways) receives sustained treatment, for example, in “Fear of Federasty : Quebec’s Inverted Fictions” (1991) and “(Homo)sexuality and Problems of Identity in Quebec” (1991), as well as in studies of Michel Tremblay (Hosanna), Larry Tremblay (The Dragonfly of Chicoutimi), Denys Arcand (The Decline of the American Empire), Berthelot Brunet (The Hypocrites) and Hubert Aquin. More recently he has explored queer temporality and spatiality in an essay on the intertwining of counter-cultural and Catholic-reform discourses in early attempts at “gay liberation” in Quebec (2016). A new study focuses on two plays that, through their distinct staging of affective relationships – to family, community, self – address the plight of young men who leave their village or small town of birth and end up in Montreal’s “Gay Village. 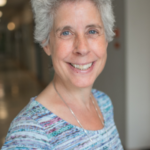 Julianne Pidduck is an Associate Professor in Communication at the University of Montreal. A specialist in gender and queer studies in moving images, she is the author of Contemporary Costume Film: Space, Place and the Past (2004), and a short monograph on Queen Margot (2005). More recently, her articles have appeared in Screen, GLQ, Camera Obscura, Cinémas, Media Culture & Society, Quebec Studies, and Studies in French Cinema. Her research focuses on the dynamics of visibility in Canadian English, Quebec, Anglo-American and French audiovisual productions; the articulation of gender and film genre (costume film, film noir); and an exploration of kinship and parentage in queer audiovisual productions. She is also interested in the ethical and aesthetic stakes of violence on the screen, as well as the socio-political discourse around gendered violence; in particular, she co-edited a special issue with Brenda Longfellow in 2013 on audiovisual responses to the Polytechnique massacre in the Canadian Journal of Film Studies. Her current research focuses on the visibility and expression of LGBTQ expression in Quebec film and video production since the Quiet Revolution.

Jorge Calderón is an Associate Professor of Literature and Cultural Studies in the Departments of French and Gender, Sexuality, and Women’s Studies at Simon Fraser University in Vancouver. He is a specialist in French and Quebec literature and cinema of the 20th and 21st centuries. He is particularly interested in the cultural construction of identity and otherness, sexual diversity, gender studies, and queer theory.

Pierre-Luc Landry is an Assistant Professor in the French department at University of Victoria. He was a postdoctoral researcher (SSHRC) in the Faculty of Arts at the University of Ottawa from 2014 to 2015 and holds a PhD in Literary Studies from a research-creation thesis that he defended at Université Laval in 2013. His first novel, L’équation du temps (Druide, 2013), was a finalist for the Prix des lecteurs de Radio-Canada and was part of the pre-selection for the Prix France-Québec in 2014. Les corps extraterrestres, his second novel, was published in the fall of 2015. He also published a short story in the collective work Il n’y a que les fous, published by L’Instant même (2015).

Corrie Scott is a Professor at the Institute of Feminist and Gender Studies, University of Ottawa. Her research focuses on the role of race and gender in the formation of literary and identity discourses in Quebec, and is situated within an interdisciplinary theoretical framework that integrates critical race theory and queer theory, always from a feminist perspective. She has published De Groulx à Laferrière : un parcours de la race dans la littérature québécoise (XYZ, 2014). She has been awarded a SSHRC grant for her project “Queer in Quebec” (2013-2016).